What happens when I have a bunch of fresh Rosemary leftover from when I made my man grilled Rosemary Lemon Chicken the other evening? They go right into my baking experiments just as another bunch did in a batch of blondies I made a while back.

This time, I decided to use them in some uber dark chocolate brownies, along with some lemon zest to impart a bit of its zing. I chose to go with Rye Flour simply for the added nutritional aspect since most of my baking, especially for private orders, tend to use the more conventional baking ingredients. No problem there, just that I love using alternative flours and ingredients when baking for fun, and it’s an extra bonus to know that when I distribute them to friends and family, they are indulging in healthier bakes. 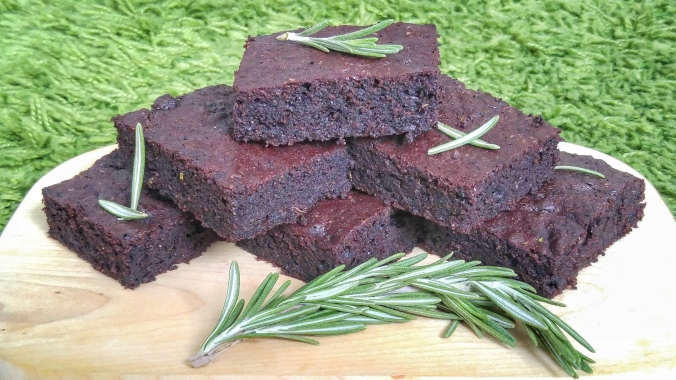 So some points to take note of. I had some beautiful 90% dark chocolate that I was intending on using for this brownie, but I knew that it might be a little too bitter for some, so I used some 60% dark chocolate to balance it out and reduced the overall amount of sugar. This was, for me, just the perfect amount of sweetness, but for those of you who prefer your brownies a touch sweet, feel free to up the quantity of sugar to 100g.

I loved that the rich, dark chocolate managed to shine even though I didn’t use that much of it at all. The citrusy, herbaceousness of the Rosemary was highlighted further by the refreshing zest of the lemon. This turned out to be a beautifully balanced brownie in that no one ingredient overpowered the other. So yums! 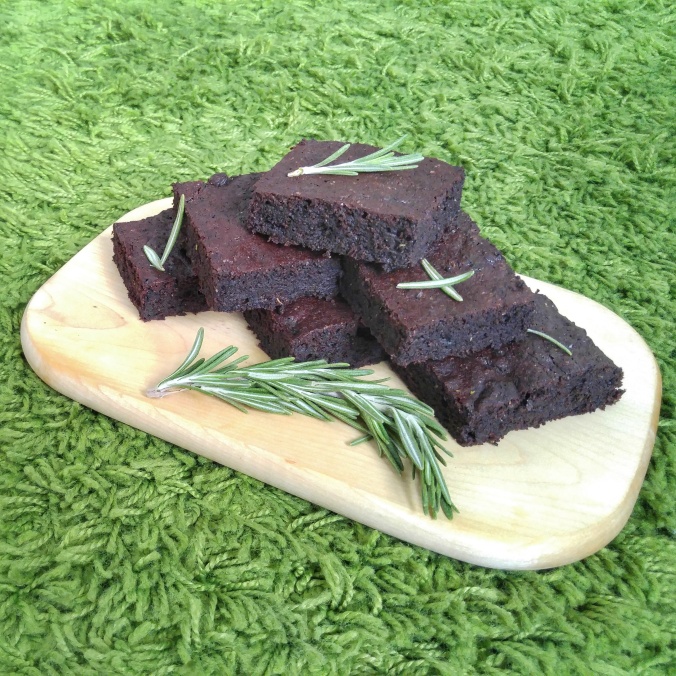 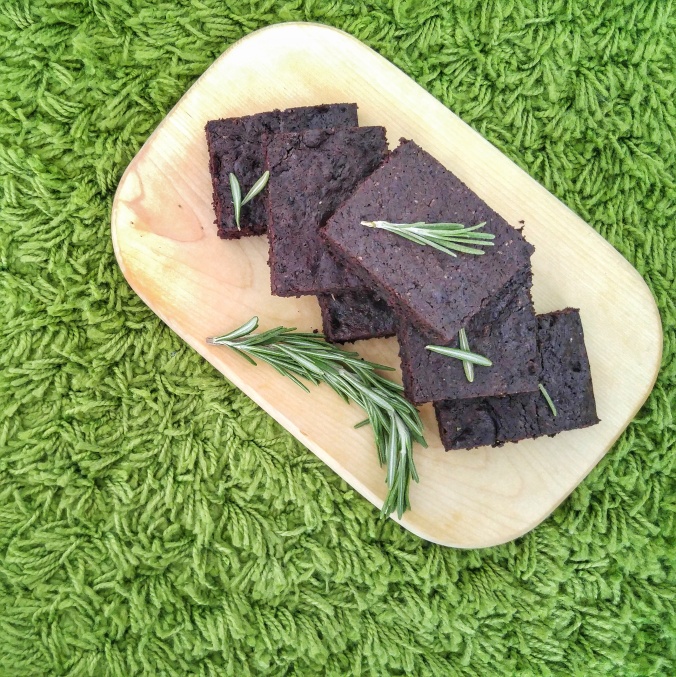