Our first morning in London – Northwood to be exact, the town where my family resides when we’re there. It was a soggy day, quite typical of the UK, and it was a bit of a bummer because I felt like Hamburg had totally impressed me with its weather and while I was hoping that London would do the same, it felt like a lame effort on her part.

I guess London being London, it just had to keep to its ‘usual’ default, predictable self. And that, I suppose, can be quite endearing.

After a nice breakfast at home, Flo and I went for a walk around the area. I just showed him our small little high street, and Waitrose – because we love supermarkets!! And just around the corner, was my old school where I did my A level’s.

The sign’s been changed and looks rather stiff and boring now. I mean, it didn’t look that much fancier before but it used to state the headmistress’s name as well and somehow it looked prettier.

Flo and I had a rough idea how we were going to plan our days in London so since we didn’t have much time there, we decided to take the family out for lunch first thing. Grandma and Grandpa chose to go for dim sum and I have to admit, I’ve had dim sum at their ‘usual’ before and wasn’t too impressed. We went there anyway, and whaddya know? Looks like they’ve upped their game. The dim sums were more refined and the only dish that disappointed us badly was the pork and century egg congee. That was just mehhh…

I kind of over-ordered not realising that grandma was adding on quite a few noodle dishes but all of us managed to polish everything off in the end. I helped quite a bit too although I did feel quite bad after. And even then, I hankered after a bit of dessert but decided to wait till later…

Because the fam-bam decided we would go visit Windsor Castle while grandma and grandpa went shopping at the Chinese Supermarket.

This time, we managed to get one with all of us including Flo. This lovely lady, she sounded Welsh, who was with her young family, gamely offered to help us take a photo. And she did a great job of it too!

Then after a bit of wandering along the Windsor high street, Flo and I decided to have some ice-cream. Not just any ice-cream. A softee!

Again, this is something from my childhood that I haven’t had in years!

And with a Flake no less!

I remember Kor and I running up to the Mr. Softee van to buy a cone each whenever we were there in summer. 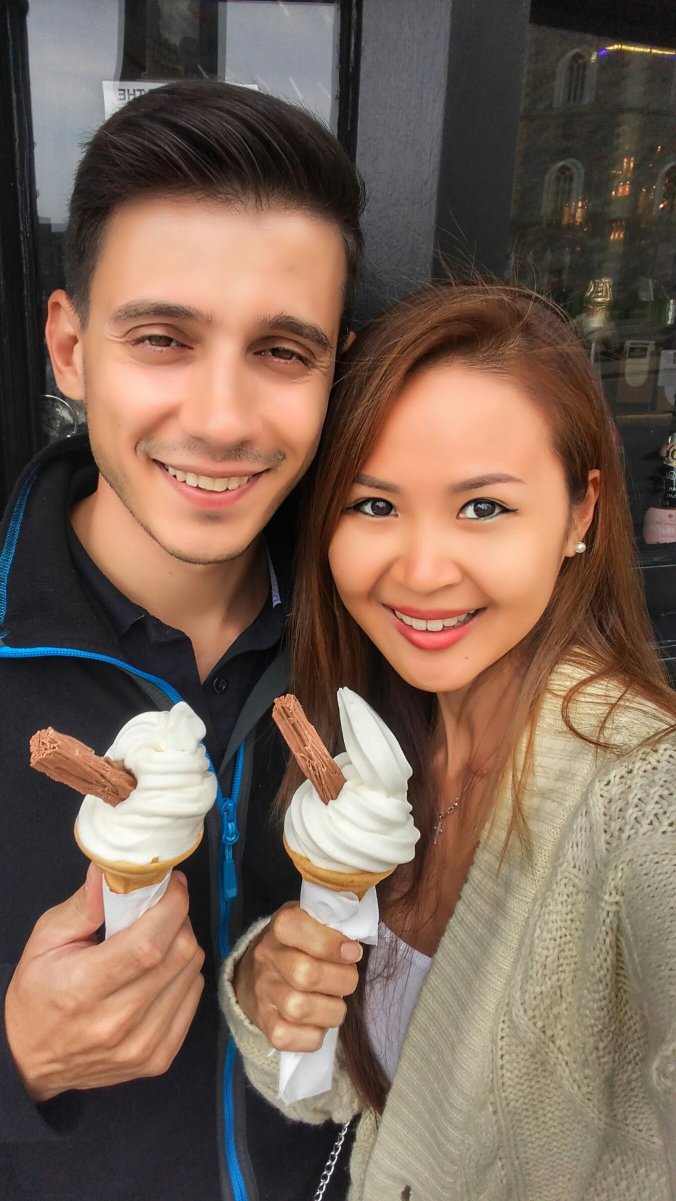 That pretty much summed up our Monday. We went home in time for grandma’s dinner. Mind you, we had dinner at home every day while we were in London because grandma kept enticing me by cooking all the food that she knows are my favourites. Also, she was very flattered that Flo enjoyed her cooking and that spurred her on to make sure she cooked at her highest level each evening. That’s what Chinese families are like – we show our love through food. The more we feed you, the more we love you.

Tuesday morning, we left home at 10am, and went all old-school with the map to go to Stratford-upon Avon. 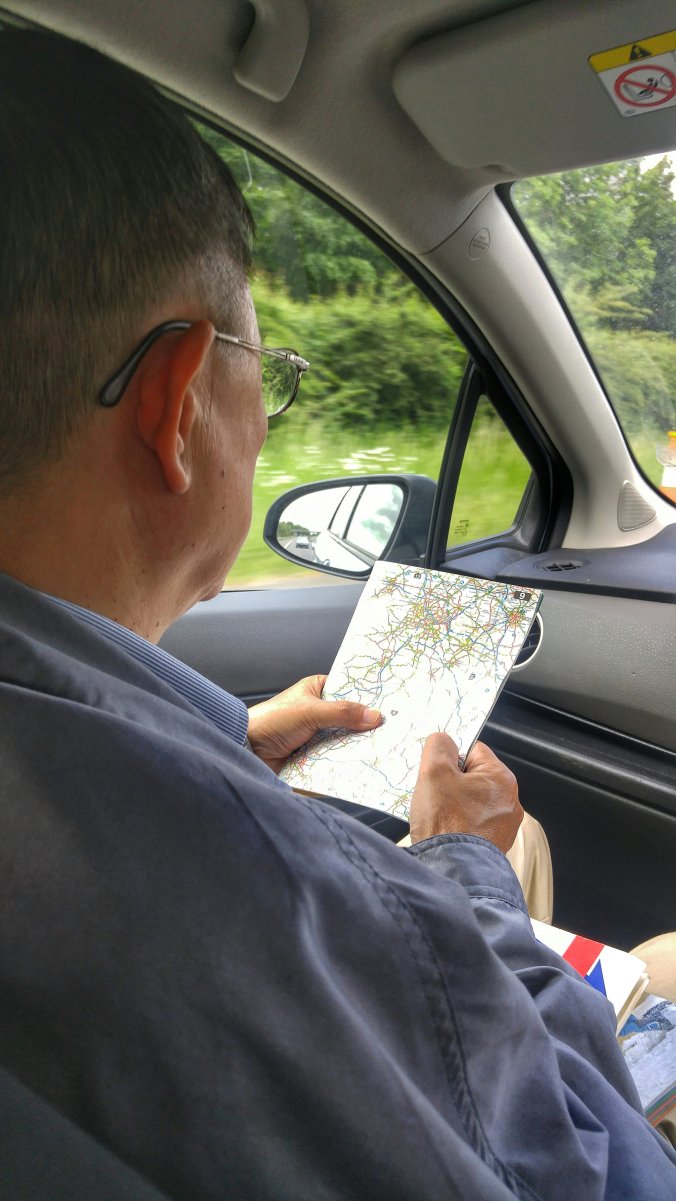 It took us a while because we decided to go through Oxford. Bad idea. Oxford had really heavy traffic getting back onto the motorway and just before we reached Stratford, Flo and I were dying for a pee.

We stopped by this super cute little town just before Marlborough, and found a pub that generously allowed us to use their restrooms. I loved how they had their walls embellished with these words/phrases of affirmation.

Also, this town seemed very into crafts and even the little barricades(?) by the roadside were adorned with knitted ‘hats’.

When we finally reached Stratford, it was right about lunch time. So we quickly found a cafe where we could sit al fresco and order some hot drinks to go along with our homemade sandwiches.

I had the poppyseed one.

With cream cheese and stuffed with salad greens and smoked salmon. Yummers!

Mum and Dad decided they wanted to continue with their sit-down so Flo and I took a walk around the street where Shakespeare used to trod on.

Right at the head of the street they have a statue of a Jester.

And to the side sits Shakespeare’s humble (or not-so-humble) abode. 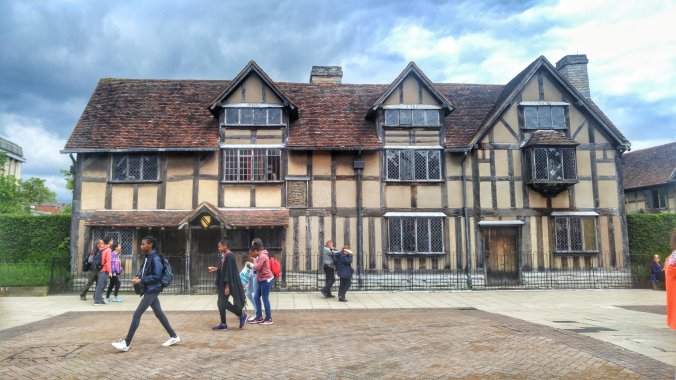 And of course, a wefie! 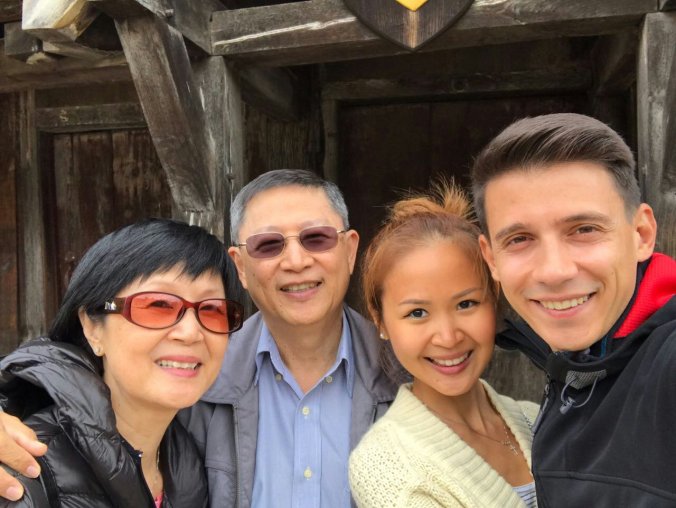 We were contemplating going to the lake round the corner and were actually walking towards it when Mum informed us that if we wanted to visit Bath or Avebury, that it might be smarter to leave sooner rather than later. So we turned back towards the carpark where we set off towards Avebury since we ascertained that it’d be nicer to walk around the area than to visit a single site. Also, Flo had seen Roman baths in Italy before so we might as well go somewhere new.

And off we went.

Again, the journey took quite a while from Stratford and by the time we got there, it was already about 4pm.

We didn’t manage to spend too much time walking around the huge stones. The area actually consists of three stone circles, including the largest stone circle in Europe. They’re much like the ones set in Stonehenge only the nice thing about here is that you can still go up to the rocks and touch them.

Till today, when summer solstice arrives, so does a crowd of campers who might participate in meditation activities together or to simply enjoy the soundscape concert. 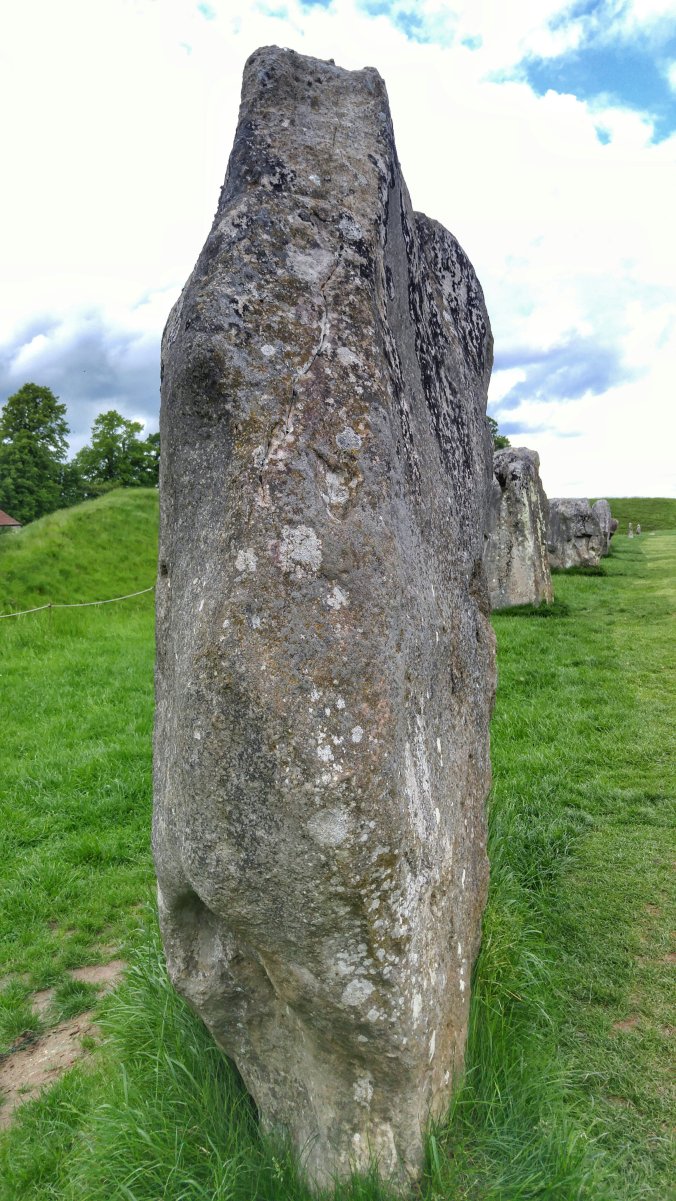 Perhaps some might be there for the sheep. Mum was a little reluctant to trod on the grass because of sheep poop pretty much everywhere. It’s not too bad as long as you watch where you’re stepping, or if you’re like Flo, you might not care at all and go chasing after the sheep. 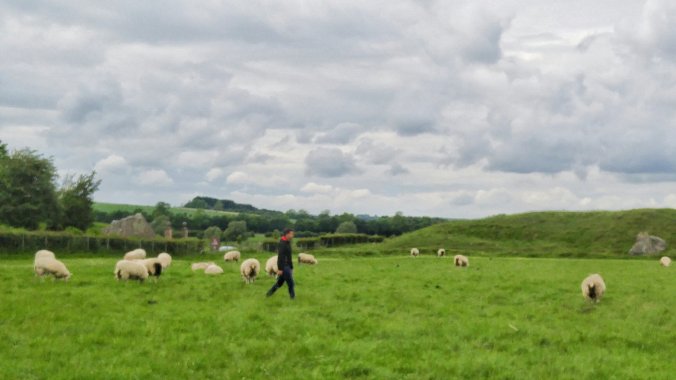 My boyfriend, the shepherd.

We were off not long after we arrived. I think we were a bit too ambitious this time taking a road trip to two places that were not very close to each other. Stratford was a bit of a drive away and we would have probably done better spending the day there rather than try to stop over at Avebury. It felt as though we’d spent more time sitting in the car than enjoying the fresh cool air of England and as we’re all not getting younger, you can imagine a lot of backache and leg cramp action going on the longer we sat in the car.

Oh. I also tried this Vanilla Coke Zero. It ended up being the only one I had because I couldn’t find it any place else.

I thought I’d struck gold when I picked up another bottle at our Northwood Newsagents’, only for Flo to point out that it was Vanilla Coke, no Zero. Boo! This was an absolute gem of a drink. It taste incredibly creamy and luscious. ’tis a pity it’s not available as widely as it should be!

Also, at the very place I found my Vanilla Coke Zero, I picked up a packet of this popcorn.

I wasn’t expecting much from it but it was so good! It really tasted like peanut butter even though they really just used peanut flour and ground almonds to flavour the popcorn. And a bit of sugar.

It blew my mind! On the way back I bought a packet of their Fiery Worcester Sauce & Sun-dried Tomato flavour but that was a bit of a let down. I’ll stick to the Peanut & Almond one.

Grandma cooked my favourites for dinner! I know it doesn’t look like much but Chinese home-cooking is a lot healthier and tastier than the salty, greasy stuff often found at Chinese takeaways.

Braised Chicken with Shitake Mushrooms and Chestnuts. And Glass Noodles stir-fried with Sweet Cabbage and Dried Shrimp. Aaaaand my favourite, comforting bowl of Lotus Root Soup on the side, unpictured, brewed with lots of patience, and love!

One thought on “Castles. Shakespeare. And Witchcraft?”